In rural areas of Pakistan, particularly in Punjab and Sindh, there is a phenomenon known as bear-baiting, in which trained dogs fight a defenseless bear who is tethered to a short rope. This blood sport exists solely for human “entertainment,” yet it is a completely un-Islamic practice that is illegal in Pakistan, banned by the Qur’an, and condemned by the Muslim world. 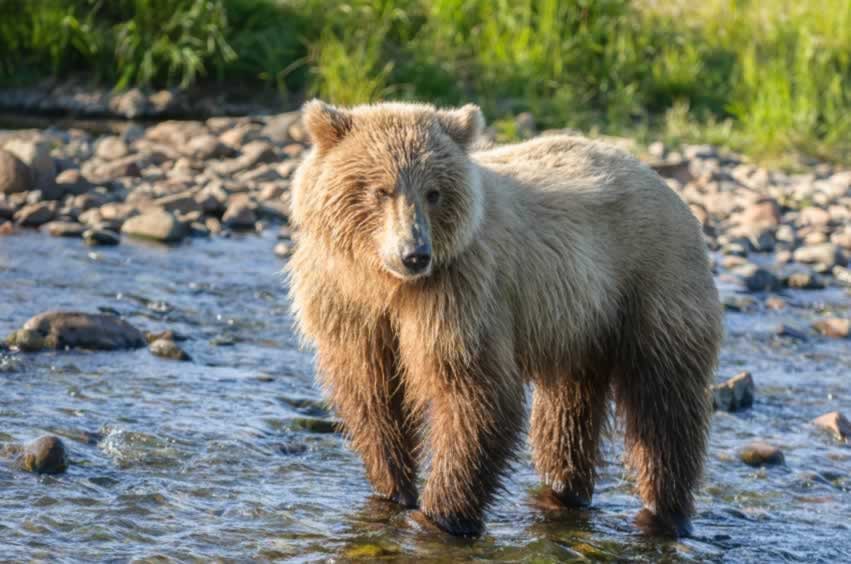 The bears who are used for this sport have their teeth and claws removed. Their teeth are crushed or extracted with a hammer, and their claws are plucked out. Not only does this deform a beautiful creature of Allah and cause torment merely for the excitement of humans, it also takes away all the bear’s natural defenses. The bears cannot fight back, and the dogs are trained to attack.

The Prophet Muhammad (PBUH) disapproved of forcing animals to fight against one another for sport. He prohibited “inciting animals against each other as people do with rams and cocks” (as reported of Ibn ‘Abbas by Abu Dawud in the book of Jihad and Al-Tirmidhi).

The Prophet (PBUH) also opposed mutilating animals and altering their natural appearance. He once found a donkey who had been branded in the face, and stated, “May Allah condemn the one who branded it” (Sahih Muslim). He disapproved of cutting off horses’ tails and manes because this act was clearly “interfering with the natural beauty of the horse.”  (Abu Dawud).

The Prophet (PBUH) did not approve of hurting animals needlessly and condemned those who did. Bear-baiting is an activity that takes place simply for the cheap entertainment of humans. The following excerpts are taken from Sunan An Nasai: The Prophet (PBUH) stated, “If someone kills a sparrow for sport, the sparrow will cry out on the Day of Judgment, ‘O Lord! That person killed me in vain! He did not kill me for any useful purpose.'” The Prophet (PBUH) also stated, “Whoever kills a sparrow or anything bigger than that without a just cause, God will hold him accountable on the Day of Judgment.”

This hadith shows us that the Prophet Muhammad (PBUH) opposed the unnecessary imprisonment, torture, or killing of any animal. The Prophet (PBUH) stated, “Fear Allah in your treatment of animals” (Abu Dawud). Very often, as mentioned in hadith, kindness shown to animals is the deciding factor in a person’s fate. “Allah’s Apostle said, ‘A woman was tortured and was put in Hell because of a cat which she had kept locked till it died of hunger.’ Allah’s Apostle further said, (Allah knows better) Allah said (to the woman), ‘You neither fed it nor watered when you locked it up, nor did you set it free to eat the insects of the Earth'” (Bukhari).

The bears who are used in this terrible ordeal are taken from their homes in the wild and raised in captivity to lead a life of torment. The Prophet (PBUH) stated, “Rights will be restored to those entitled to them on the Day of Resurrection, so much so that the sheep without horns will receive its reparations from the horned sheep” (Abu Dawud). There will be justice in the afterlife for the tormented bears. Surely, those who encourage and organize such activities will be punished in the afterlife.

Prophet Muhammad (PBUH) stated, “There is a reward for kindness to every living animal or human.” (Saheeh Muslim and Saheeh Al-Bukhari). Please support the World Society for the Protection of Animals (WSPA) in helping to eradicate this terrible “sport.”

To learn more about bear-baiting and the efforts that are being taken to stop it, visit:

The Bear-Baiting of Pakistan