Many Muslims agree that no animal has to be killed for any festival, but we are asked “What if my family insists?” and so here one Muslim, reachable at [email protected], offers advice to them to prevent a great deal of suffering. If these conditions cannot be met, and often they are not, we would urge reconsidering the whole issue.

“Their flesh and their blood reach not Allah, but the devotion/piety from you reaches Him. Thus have we made them subject to you that you may magnify Allah that He has guided you …” (S22:vs37)

On the days of Eid ul Adha (after Haj), Muslims all over the world offer millions of sheep, goats, cattle and camels for sacrifice. The meat is then distributed to the poor. This symbolizes the intended sacrifice by Nabie Ibrahim/Abraham(as) of his only son at the time, Nabie Ismail(as). Father and son submitted their individual will and ego to Allah. It is this level of piety that reaches Allah. Just before the sacrifice was about to take place, Allah, via Jibraeel/Gabriel(as), stopped them. They then offered a ram as sacrifice. Animals were very important and valuable assets. Sacrificing a ram symbolized submitting one’s ego and will to Allah. 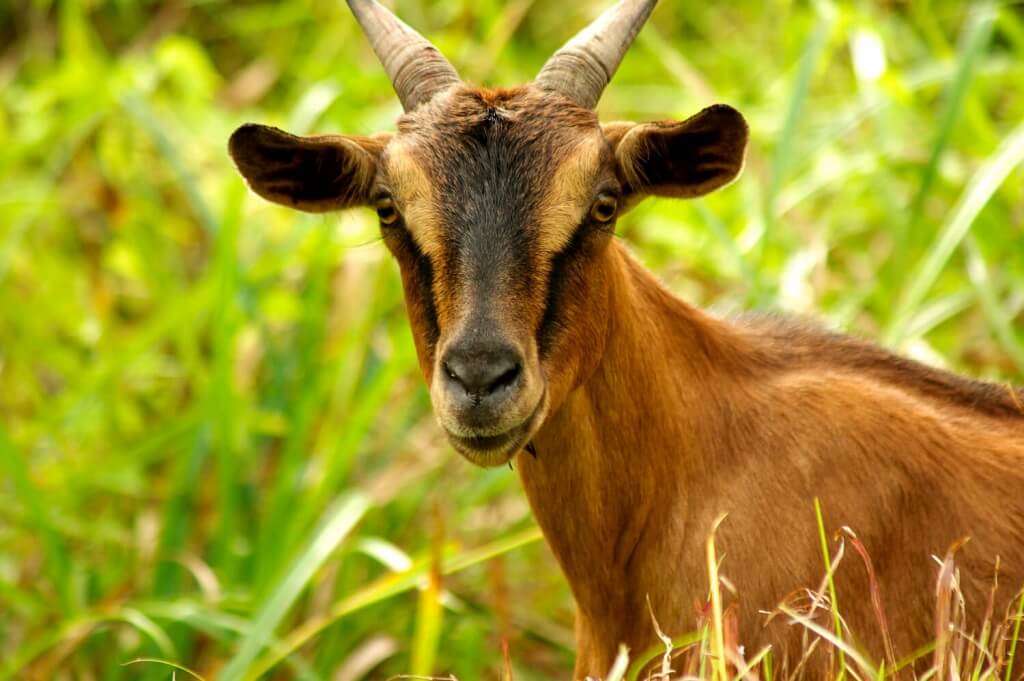 Our forefathers lived very closely with animals, and interaction with livestock was a daily activity. They raised, provided shelter for and knew their animals well. Sacrificing livestock had real meaning to our forefathers. Today, contact with livestock is seldom experienced, as most Muslims live in urban areas. Most of us are “city slickers” and don’t even know how to handle livestock correctly. For this reason, it is important to provide proper guidelines on the handling of animals for Qurbani.

“There is not an animal on earth, nor a being that flies on its wings, but forms parts of communities like unto you. Nothing have we omitted from the book, and they shall all be gathered to their Lord in the end.” (S6:vs38)

Caliph Umar (ra) saw a man deny water to a sheep destined for slaughter. He gave the man a beating with his lash and ordered him to water the sheep properly at the time of her death.

“If animals have been subjected to cruelties in their breeding, transport, slaughter and general welfare, meat from them is considered impure and unlawful to eat.”
—The late Imam B.A. Hafiz al-Masri (Woking, UK)

The above passages and quotes emphasize the importance of animal welfare in Islam. Millions of animals are shipped annually to all parts of the Muslim world. Most are shipped in brutally overcrowded conditions where many die from disease, being trampled or heat exhaustion. Others suffer injuries. This is not humane and is, therefore, un-Islamic. So what does one do? If one intends to offer an animal for Qurbani, consider if one intends to keep him or her at home or at a “Qurbani farm.” The following should be considered:

If you are not happy with the conditions, go elsewhere. This will encourage farmers to improve their animal husbandry. Raising one’s own animals a few months before Qurbani helps one develop a bond with and sense of pride in the animals. Sacrifice then means so much more. If one cannot raise one’s own animals and chooses to go the Qurbani farm route, one should try to purchase animals a few weeks prior to Qurbani. Ask if you may partake in the feeding and watering of the animals. This will also develop a bond between you. Children develop stronger bonds with animals than adults, and they should be sensitized with regard to the spiritual significance of Qurbani.

“When you must kill a living being, do it the proper way—when you slaughter, use the best method and sharpen your knife so as to cause as little pain as possible.” When the Prophet (pbuh) saw a man sharpening his knife in the presence of the animal destined for slaughter, he said, “Do you intend inflicting death on the animal twice—once by sharpening the knife within its sight and once by cutting its throat?” (Muslim)

The following should be ensured when slaughtering:

Many Qurbani farms and large abattoirs do not adhere to these guidelines because of the large number of animals slaughtered there. Can this meat be considered halaal? With such large numbers, the essence of Qurbani is easily lost, with most hujaaj not even seeing the animals slaughtered in their name. Eid-u-Adha is three days long, and Qurbani can be done during this period.

Children who have grown fond of the animals should not be forced to watch. Wait until they are old enough to understand the significance, or they may be traumatized by the experience. Enemies of Islam are constantly using our own ignorance to promote negative propaganda of Islam and Muslims.

The process of slaughtering and dressing (skinning and disemboweling) should be as clean as possible:

These guidelines should be applied to all animals slaughtered, not just those for Qurbani.

If one cannot or chooses not to offer Qurbani, one may offer other means of sacrifice. Providing a water well for an impoverished village, sponsoring and educating an orphan or sponsoring a teacher provides longer-lasting relief from poverty than a few parcels of meat, which are easily consumed within a week or two.

In Islam, all that is demanded as a sacrifice is one’s personal willingness to submit one’s ego and individual will to Amighty Allah (swt).

The author can be contacted at [email protected].